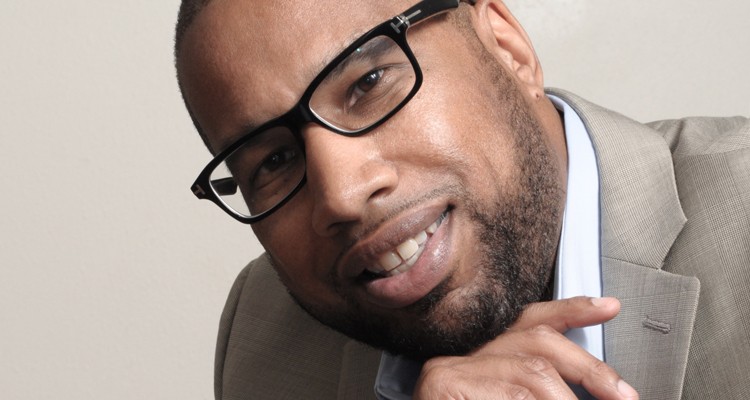 This weekend, you’ve got a real reason to. A huge Annual All-Stars of Hip Hop concert at Boardwalk Hall is slated for Sunday night, and the line-up is pretty insane: KRS-One, Big Daddy Kane, Public Enemy, Naughty By Nature, MC Lyte and Special Ed will all take the stage to celebrate Big Bloc Entertainment, notably the company’s president and CEO, Walt Reeder, Jr. He spoke to PW this week, from his talent agency’s office in Bala Cynwyd, about his path to success, the talent he’s been working with for 15 years and how his business has stayed relevant.

“I started this company in ’99 and built on relationships to take me to where I am now,” he says, and one of his oldest clients is DJ Kool. “I’ve been managing him since 1995.” He pointed to the megahit that Kool’s known for, “Let Me Clear My Throat,” a hip-hop party-starting classic. “I had the ability to put groups to work. From there, it turned into a full-fledged agency.”

“The surge of Atlanta Housewives and Love & Hip-Hop, all that good stuff, those guys don’t sing or tap-dance, but they’re actors, and they’ve become celebrities in their own right,” Reeder notes. BBE has connected promoters, most notably Platinum Productions—the company throwing Sunday’s bonkers hip-hop show—with acts across the country and up and down the East coast. Platinum, which used to be called East Coast Express Entertainment, has worked with some really huge talents: Patti Labelle, Teena Marie, Rick James, Jay Z, Notorious B.I.G., Destiny’s Child, Chris Rock, T.I. and Ludacris among them.

“We provide talent for probably 75 to 80 percent of the tri-state area. We’ve placed acts in damn near every top room in the U.S. from Radio City Music Hall [in New York City] to the Liacouras Center here to the Wachovia [Center] to the Arie Crown [Theater] in Chicago to the Fox Theater in Atlanta,” says Reeder. “Promoters call us that have the wherewithal to get the buildings. We just come in to get them the talent.”

He credits his staff for seeing through bookings from the contract to the follow-up call the day after a scheduled show to make sure everything went smoothly. “They don’t want to go into a space where they’re not gonna get paid or the hotels aren’t right or the plane was never booked. The beauty of our agency is we spend a lot of time being a bridge between the promoter and the actual artist.”

Once Reeder makes a connection to a client, Reeder says they’re thick for life. “These guys, they’ll go to Detroit for us, to Cincinnati to Atlanta. They’ll go to England for us,” he boasts. “Wherever the buyer is, I do the deal to make sure that the situation is right for them. Promoters and buyers become friends and family, and the same goes for the artists we represent.”

Funnily enough, the go-get-it spirit that Reeder’s culled from the streets of Mt. Airy and at Temple University, where he studied business management before graduating in 1991. “I knocked on doors,” he says of his post-college job-seeking days, “but God had a plan for me to do my own thing.”

Reeder’s especially excited about Sunday night’s tribute show. As for his own personal favorite emcees? “Well, I’m 48. My first real emcee to me would probably be Melle Mel,” he laughs, but his Top Five top five, a la Rock’s latest comedy, are: “Big Daddy Kane, KRS-One, Rakim, and then I’m going to say Biggie. My sixth would probably be DMX.”